What is army Discipline, and does it really need to be high? Is Discipline better than Morale? Can we get a crazy amount of Discipline? Don’t worry, This Europa Universalis 4 Guide has got you covered and aim to answer all your questions in this EU4 Discipline guide.

Combat in EU4 can be complicated with a lot of information on the screen at once it’s easy to get overwhelmed. The game has lots of modifiers that help turn the tides of battle, Unit PIPs for example. A higher discipline means more damage inflicted on the enemy troops and when that is coupled with Morale you will win significantly more battles. Simply, Discipline helps your units deal more damage and you can pick to have higher Morale over Discipline or vice versa but overall playing a balancing game between the two won’t help at all. Both stats are valuable in their own way. Discipline helps decrease the loss of your own troops as well as increasing enemy casualties.

Working on certain Military Ideas will increase your discipline but like all ideas, they take a long time to complete but in the end they’re worth it. Also, some advisors can increase your Discipline, not all advisors have this power so it may be a while before you’re able to get one who can help. A Commandant advisor grants +5% Discipline, even getting 100% militarization of state (Prussian Monarchy) grants +10% Discipline. The Ideas and Policies give +5% Discipline each, some religions give +5% and Absolutism is +5% too.

If your ruler has Strict Personality that will grant you +5%, even Quality Events are generous with a +7.5% increase. It’s possible to get over 170% Discipline and that is astonishing when you think about it and what you’re able to achieve with these stats. Look through your ideas carefully since every nation has its own. Pick the one you feel that’s right for you. Going for Offensive as a secondary Idea is a good idea if you’re planning on conquering a lot of land since it has modifiers for Discipline as well as siege and max force limit.

Having higher Discipline is advised since the damage done is multiplied by your discipline. Also, the number of damage you take will be increased or reduced depending on how high/ low your discipline is. As mentioned before, this number can be increased with ideas and other factors. Quality Ideas increase combat ability and Discipline this will make your army considerably more powerful than an army that has low/ no quality. Discipline isn’t better than morale and morale isn’t better than discipline, they both serve a purpose and without the other the army wouldn’t survive in combat.

If you’ve been defeated in long wars, it could be due to your Morale or Discipline not being high enough and not having a large enough army. Once your Morale or the enemies reaches zero the battle is over. A higher Morale will help your soldiers fight for longer couple this with Discipline that you’ve been working on it’ll reduce the damage taken by them and increase the damage you do to the enemy forces. At the start of the game, Morale is better than Discipline but over time it will be the other way around. And that ladies and gentlemen is a simplified EU4 Discipline guide. 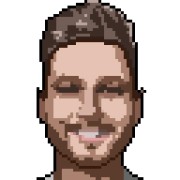 Top 5 Tips and Tricks for Beginners in Europa Universalis