Is hacking up babysitters getting a little lonely? Well, keep reading to find out if your disconnected friend group can come together using cross-play to defeat Jason Voorhees as we answer the question, is Friday the 13th: The Game cross-platform?

Friday the 13th: The Game started out strong, earning itself a cult following over the years. However, there have been a number of hurdles to its success, most notably in lawsuits and rights disputes with Sean Cunningham, director of the original Friday the 13th (1980) movie.

Friday the 13th: The Game is NOT cross-platform, and thanks to the behind-the-scenes troubles, it is all but certain that it never will be.

Will Friday the 13th Ever Be Cross Platform?

Though Friday the 13th: The Game still has a vibrant player base, Gun Media shut down the dedicated servers, as they simply were not making much money off of the game. It is now peer-to-peer and the online is still relatively strong. Coupled with the drama and lawsuits, it looks unlikely that the game will ever see any future updates or a sequel.

All teams involved have stated that they’d like to continue to work on horror games in the future, so we can all cling to the hope of seeing a sequel or another spiritual successor.

If you have a PC, but you want to play with your best friend who has a Nintendo Switch, that would normally be an issue. But a cross-platform game could allow you both to play together.

What Platforms is Friday the 13th: The Game Available On?

Published by Gun Media, and developed by both IllFonic and Black Tower Studios, Friday the 13th: The Game (based on the movie series of the same name) has been released on three systems:

While he may currently be dead and buried, Jason doesn’t always stay that way. Thanks for reading our article answering the question is Friday the 13th: The Game cross-platform? 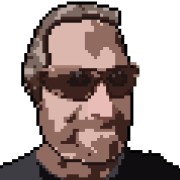