Pokémon Scarlet and Violet are set in the Paldea region, where players join the Orange or Raisin Academy, depending on their version—here, they get to partake in an exciting project: the Treasure Hunt. This quest requires you to explore Paldea in search of a treasure, with the three main objectives being (1) The Way of the Master, (2) A Perfume of Legend, and (3) Objective Stardust. If your treasure is a completed Pokédex, you may need some tips to catch them. As usual, this new installment of the Pokémon franchise brings a new generation of Pokémon to collect. While you’ll be able to encounter most on your journey, some will require a bit of extra effort to obtain. We are referring to Pokémon, whose evolution methods differ from the norm. Traditionally, raising Pokémon to a certain level is enough to evolve them. Still, some species require special items or a certain friendship level. This is the case of Gholdengo, the evolution of Gimmeghoul, which was released in the ninth generation, where a new method of evolution is introduced.

During your adventures through the Paldea region in Pokémon Scarlet or Pokémon Violet, you will no doubt eventually encounter Gimmeghoul, the Treasure Chest Pokémon of the ninth generation. Although it has two forms, the Chest Form and the Walk Form, you can only catch the first one. Despite the Ghost-type effectiveness, Gimmeghoul is far from a powerful Pokemon. Gimmeghoul has a rather peculiar way of evolving—it’s not just about leveling up here.

To get Gholdengo, the Steel and Ghost-type pokémon, you first need to collect 999 Gimmeghoul Coins. Coins of Gimmeghoul are the samples left behind by Mordudor, regardless of their form. Typically:

…you will find wild Gimmeghoul on signs, rocks, peaks, and in every corner of the region, while Gimmeghoul Chests tend to spawn on top of large towers scattered throughout Paldea and sometimes in surrounding ruins.

We found an excellent spot for farming Gimmeghoul at the top of the tower northeast of South Zone #5. Refer to the image below…

Once you have obtained 999 Coins of Gimmeghoul in your inventory, you have to level Gimmeghoul to begin its evolution, which players can do with a super candy.

Even if Gholdengo has some weaknesses, especially against Fire, Ground, Ghost, and Dark types, he has many resistances, including a double resistance to Insect type and no less than three immunities against Fighting, Normal, and Poison types. Additionally, Gholdengo has a Special Attack with a great special attack and a new Talent called Golden Body which makes it immune to the status abilities. 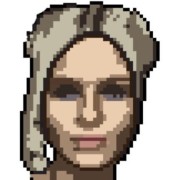 Destiny 2 How to Crouch & Slide How to Turn on Assist Mode in Celeste?