Tapping the screen in Battle Cats, only to find yourself broke and treasure-less is a frustrating experience for many players. With dreams of unlocking the rarest cats and upgrading their weapons to dominate the battlefield, players of Battle Cat are now looking for how to get treasure in Battle Cats.

We played hours of the game, and now, we’ll be diving into the problem of treasure acquisition and providing a solution to help you hoard riches like a true cat-battling champion.

What is Treasure in Battle Cats?

Treasure is a reward given to battle cat players after completing a main story level. The treasures are named after a unique place or item in the completed stage. When players acquire a treasure after completing a stage, they can use it to increase their in-game status. The benefits include:

…the effects of using a treasure are significant and can give the player an advantage during battles. For example, the anti-alien treasure reduces aliens’ health and attack damage by thirty percent, giving the player a seventy percent power advantage. Treasure effects remain after each chapter, so it’s advisable to obtain every treasure you can as you progress through the story.

Treasures are categorized into three tiers, Inferior, Normal, and Superior, with their icons colored bronze, silver, and gold, respectively. Treasures come in sets, with each tier of a treasure giving a boost appropriate to its tier. The boosts are:

…players can maximize their treasure earnings by participating in the treasure festival, which roughly doubles the chance of getting a superior treasure after clearing a stage. The event happens at least once a day and is active for about an hour. Players who miss out on the event can always check the PONOS event calendar to know when the next event will occur.

Also, given that most stages in Battle Cats have to be played multiple times to increase the chances of obtaining a superior treasure, players can purchase items to assist them in grinding the game faster and more efficiently.

Items like Speed Up, Rich Cat, and Cat CPU grant users benefits that enable them to complete stages faster. Lastly, the item Treasure Radar gives a 100% chance for a treasure drop. However, it’s advisable to use Treasure Radar in completing advent stages and other high-reward missions because of its extreme value.

Treasures are valuable resources in battle cats and should be used wisely. After obtaining a treasure, use it to upgrade your most powerful characters, making it easier for them to defeat difficult enemies and clear stages faster. You should also save treasures as you can use them to maintain the health, attack, and special abilities of your Cat units.

Are there any cheats or hacks for getting treasure in Battle Cats?

Cheaters are always frowned upon in every game. We don’t advise the use of hacks to complete the game, and its risks are great in Battle Cats. Using hacks in Battle Cats can cause the following:

…it is always better to put in the work as earning treasure through your sweat means you avoid all the mentioned consequences. Also, you can always feel proud of your accomplishments in the game without any sense of guilt. 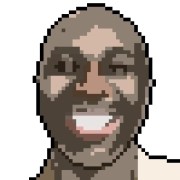