There are different commands supported by Phantom Force that you can type into chat directly. They also will start with a forward slash (/) and then the arguments get delimited with the use of colons. Below we are going to look at the commands in Phantom Force, including telling you how to switch teams in phantom forces using a command.

How to Switch Teams in Phantom Forces

The command is /switch:team this lets you switch teams. This is just a very simple command. It supports parts of teams, so you can type G if you want the ghosts, for example, or P if you want to go to the phantoms team. It’s as simple as that to change your team in Phantom Forces.

When you type the command /map:Production:Desert Storm:tdm::20 it begins a Team Deathmatch round on Desert Storm’s current vision. It uses the game’s default time limit and the score limit is 20 kills.

Keep in mind that members of staff could be globally given these types of permissions. However, the staff commands aren’t going to be talked about in our article.

None of the commands are for abuse by players, particularly the command to kick, since false votekicks are very really irritating for any player who is receiving them.

This is the command to report a player for exploiting or cheating. You shouldn’t use this for a player who is acting toxic while chatting. There is a different tool for that. You should use the report tool from Roblox should be used for that.  The syntax is the following:  /report:player:reason:evidence

Here are what the parts mean:

These help you with scaling the GUI to be larger or smaller, or you can even completely disable it. When you set it to 1, the scaling will be normal once again. When you have a larger screen like a 4K panel or HiDPI, it’s best to make the value 1.5 or so.

Since the update to 6.0, the game and menu UI have used new commands. For scaling the menu, /menuscale should be used. For scaling the in-game UI, /uiscale is the command. It’s the same syntax, and the format is the following: /uiscale:number.

How to Vote Kick in Phantom Forces With Reason

This begins a vote in order to kick a certain player off of the server. They won’t be able to join when this is successful. There’s a cool-down period between the vote-kick attempts no matter what player began it. The syntax for this is /votekick:player:reason, and the explanation is below.

Explanation of the votekick syntax:

Gives a list of those available databases of maps. The system will separate the old map versions from the new map versions. There are pages worth of databases. This is the syntax: /databases:pagenumber

This is the number of the page you are trying to access.

This gives you a list of those maps that you can switch to. This will include some legacy maps as well as maps for Call of Robloxia. It’s paginated, so decrease or increase the number so that you can look for different maps.  This is the syntax :/maps:database:page.

This is a list of Phantom Forces’ gamemodes. It’s a good idea that players use this for selecting your gamemode, since some of them use shorthand and others don’t. Here is the syntax: /modes:pagenumber

Below are the explanations for the syntax:

This lets you switch teams. This is just a very simple command. It supports parts of teams, so you can type G if you want the ghosts for example, or P if you want to go to the phantoms team. The syntax is /switch:team.

This will return those maps that match the substring entered from all of the databases of maps. It offers an optional page interator when there are a lot of results. The syntax is /search:mapname:page.

This kicks a player and will stop them from joining again until there’s a shutdown of the server. This does the same thing as vote-kicking, but doesn’t require a vote to kick the person. Here is the syntax.: /hardkick:player

Kicks a play from the server. They’re able to rejoin once they’ve been kicked. The syntax is: /kick:player

This is the command that you use for telling the game the map you’re switching to as well as the gamemode you want to play. The syntax is: /map:database:mapname:gamemode:time:score

Now that you know the commands in Phantom Force, we hope that you found this to be useful. Keep coming to our website to find out more helpful tips and feel free to leave comments below. 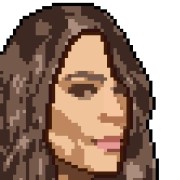 How to Do Emotes in Da Hood (Step-by-Step) How to Refund Gamepasses on Roblox (Step-by-Step) How to Rebirth in Dunking Simulator